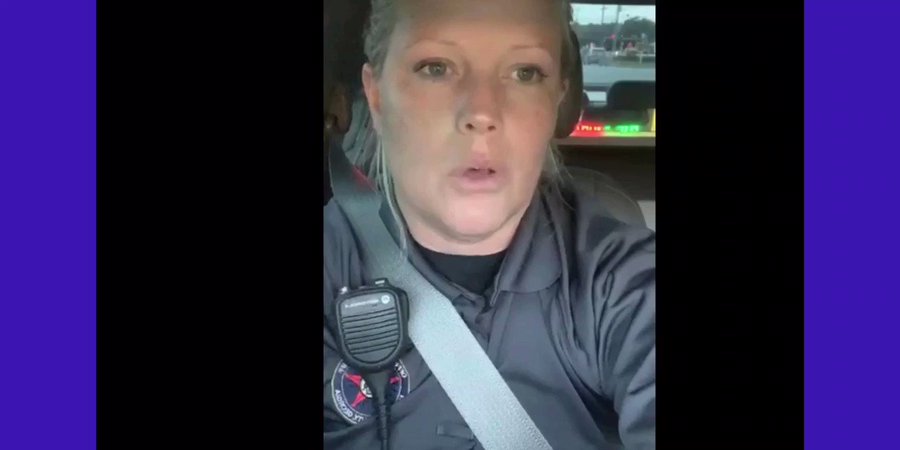 Recent studies show American people are less happy than ever before. There are probably many reasons for this including dwindling incomes following the pandemic as well as loneliness and isolation (and perhaps social media and digital devices)..

But, maybe the biggest factor contributing to unhappiness tosay, also exascerbated by the pandemic, is the social/political divide in America, perhaps bigger than ever before. Never before in 5 decades of following the news and politics have we seen the left and right hardly talking to each other let alone coming up with significant bipartisan legislation.

Some are even calling it a Civil War, but , really,none of it makes any sense when you consider
We’ve had relative prosperity for decades and no major wars and, in most places,crime has actually gone down
While incomes and employment have gone up in record numbers in recent years- until the pandemic struck. Could 2 or 3 months of pandemic really erase 50 years of relative prosperity and healing(?) since the 1964 civil rights legislation began.

For those to blame things on race relations, it’s been over 50 years since major civil rights legislation led to major reforms. Will you seen billions of dollars distributed through different programs such as welfare/food stamps.
We’ve even elected our 1st black president. Sure there will always be racism to some extent against all races But it will be hard you blame the whole situation on racism alone,as it might appear the media seems to do these days.

That may seem like a strong and unfair statement to some but we feel we have the right to say it being old school journalists who grew up when there WERE 2 sides to every story reported in the mainstream press.

Until just the last few months-though you might not have learned about it in the media- the economy was better than ever and employment was down and there should have been no reason for widespread unhappiness like we’re seeing today.

It may seem difficult to lay blame largely on one source but we must come out and say what many feel but are perhaps afraid to say- Just as they are afraid to talk against Black Lives Matter, a known radical, Marxist organization whose interest is less to help blacks then it has to do with perpetuating a socialist political agenda.

If one doesn’t do his or her own research one may start believing everything they hear, as is what appears to be happening in America what with such wide support for a group such as BLM. Even as an old newspaper guy when media still reported both sides of stories I remember even myself starting to believe things like Reagan was “dumb” or Clarence Thomas abused women including Anita Hill, as we were told by the media despite no solid evidence. And Thomas was black, yet even 25 years ago the media was already showing bias.

Today, after getting back into journalism, writing and studying the political landscape, I see the media as showing extreme bias like never before. The American press today is like the Russian (Pravda) propaganda press of 50 years ago Americans used to complain about. Of course Russia was a dictatorship with only one channel and one point of view,like it or not.

Sadly, for no good reason, America is becoming the Russia of 50 years ago despite the fact we have ‘57 channels’ with most of them speaking in lock step. Again, we have taken the time to literally investigate the news and understand what’s going on.
Unfortunately, Most people don’t do that and just still believe what they see and hear.
And they hear an angry media upset with a Maverick presidents who has come in and done more for America than any president in memory in a shorter time. Things like getting foreign countries to pay their fair share in trade, Things like closing the borders and reducing terrorism and crime, things like trying to improve healthcare without outrageous expenditures,
Things like improving the economy dramatically, I – an economy that the former president said could not improve
who was not business- oriented or who took away workers incentive (‘You didn’t build that’) along the lines of socialism.

Perhaps members of the ‘fifth estate’ to which the media is sometimes referred,
Are afraid of losing jobs or income or may even after work a little bit harder with their new president. Who knows exactly why all the trump bashing when it should be the other way around where least take the time to really investigate. Certainly most of the media know that trump has done a good job and that Joe Biden good night hold a candle to him as a president
yet they continue their narrative of hating on trump and trying everything (dishonest) to get him out of office.
And,sadly,half of America either doesn’t take the time to really analyze the news and understand exactly what’s going on or they have real blinders on even as our country moves towards socialism.

So, to summarize, It’s the media that’s largely responsible along with the complicit, don’t-no-better Kool aid drinkers. Democrats have always been more of followers- And it’s not just democrats or to get into a left rights match. It’s simply an issue of paying attention and common sense But maybe there’s a dearth of that in America today as there are many republicans, too, that just don’t want to see trump and America do well for whatever reasons.

But if the media-which has its lowest rating of all time of around 8% approval-
would report the factual news – Like democrats Walter Cronkite and Tim Russert did not that many years ago-
we know president Trump and company would have a lot more support and America would be a lot better off today without so much divisiveness.

So, once again , as old journalists ,we implore people. Today to do more than just believe what they see and hear.
Today it will take people an extra effort of looking at many alternative sources of media while using common sense and coming up with your own views-not letting the media make your decisions. It will be difficult since most media are of the same slant. Since the media probably won’t change it’s up to us to ‘sniff out’ the truth and there y we can make this a better place for all . It’s a sad world if people don’t eventually see whats going on and get to the truth .

How the Media Can Affect People Emotionally and Perhaps Physically

We can understand how people could be Very disillusioned if they are 1st told how terrible a person Donald Trump is and then being assured that he would lose the presidency only to later find out that the Media were wrong. No wonder the media’s approval rating is so low, Yet people still rely on media for their day-to-day news. And it’s probably even more unreliable today with social media. And there’s no excuse for media polls getting it’s so wrong with election outcomes and prognostications- I remember Not that long ago when the Media polls could determine accurately to the percent or 10th of a percent after only a fraction of the election ballots had come in. And they could do it today if they still wanted to rather than messing with people’s minds and causing heartache. So, now people must learn to either ignore the polls as many do or take them with several grains of salt.

Here’s just the latest example of biased news coverage we see on a daily basis..from the headline to the mean-spirited twitter comments. (Even if the cop was over-reacting about WHY she was kept waiting one has to appreciate her ‘targeted’ back and ‘give her a break’ just as the country did for George Floyd (alas too late) en masse’.

Surprising Newsweek even covered the story and since they did ,of course, they had to give it an anti -cop spin:

In a new viral video, a police officer gets emotional after trying to order a breakfast sandwich from McDonald’s because she’s afraid that her food had been tampered with.Ann@tkag2020_ann

Come on America. We are better than this.

In the video, the officer—who one Twitter user has identified as Stacey—says that she preordered her food from a local McDonald’s. She explains that when she arrived, the food was not ready, and she was asked to wait for her meal. “I’m on my way home from work. When I pull up to the window, they hand me my receipt. So I go to the second window to get my food, and I’m waiting, and I’m waiting. So the girl comes to the window and asks me what my order was. I repeat my order and my coffee order, and they ask me to pull up because my food’s not ready,” she says, noting that the order was a McMuffin meal with a hash brown.

The officer goes on in the video to address increased hostility toward police officers, in the wake of protests following George Floyd’s death. “Please, just give us a break. I don’t know how much more I can take. I’ve been in this for 15 years, and I’ve never ever had this much anxiety about waiting for McDonald’s drive-thru food,” she says. “Have a heart, and if you see an officer, tell them, ‘Thank you,’ because I don’t hear thank you enough anymore.”

The officer names the location that she went to at the start of the video, and a Twitter user indicated that she appears to be speaking about a franchise location in Richmond Hill, Georgia.

The video has since sparked debate on Twitter, with many showing solidarity for the officer. “Come on America. We are better than this,” wrote the same Twitter user who named the officer, alongside the video.Ann@tkag2020_ann · 16h

Come on America. We are better than this.

These police officers r being hung out to dry! We need to fight for them2,6807:22 PM – Jun 16, 2020Twitter Ads info and privacy1,457 people are talking about thisMainStreet Voice@VoiceMainstreetReplying to @tkag2020_ann and 2 others

McDonalds needs to fire whoever did this. #DefendThePolice #BackTheBlue https://twitter.com/tkag2020_ann/status/1273075677454098436 …Ann@tkag2020_annStacey who has been a cop for 15 yrs went to @McDonalds She paid for it in advance and this is how she gets treated for being a cop Come on America. We are better than this.4577:24 PM – Jun 16, 2020Twitter Ads info and privacy587 people are talking about thisAlexandru@Alexandru______Replying to @stepdadtyler

She’s not crying because she didn’t get the muffin. She’s crying because the amount of time she had to wait makes her suspect they are trying to tamper with her food. She’s breaking down because of the anxiety of not knowing who may be trying to harm her.485:06 AM – Jun 17, 2020Twitter Ads info and privacy85 people are talking about this

Still, other people wrote that it seemed like the officer was overreacting to a long wait time for her food, and that the video loses sight of other issues that are going on.Duncan Smith✔@DuncanSmithNBA

A police officer who is scared her order is wrong has no business being an armed agent of the law. https://twitter.com/tkag2020_ann/status/1273075677454098436 …Ann@tkag2020_annStacey who has been a cop for 15 yrs went to @McDonalds She paid for it in advance and this is how she gets treated for being a cop Come on America. We are better than this.916:21 AM – Jun 17, 2020Twitter Ads info and privacy48 people are talking about thisSarina.@Sarina_Loza

Recommended Reading: Unfreedom of the Press BY Mark Levin

REST OF THE STORY -Not covered in Mainstream Media