Per WSJ, the media are mostly ignoring the news that 39 Obama officials sought to read the transcripts of Michael Flynn’s conversations with foreigners, but here and there they’ve asked a question. The unpersuasive answers suggest there’s more to learn.

Take Joe Biden, who “unmasked” Mr. Flynn only a few days before leaving office as Vice President. Last week Mr. Biden told ABC that he knew “nothing about those moves to investigate Michael Flynn.” George Stephanopoulos reminded Mr. Biden that he attended a Jan. 5, 2017 Oval Office meeting when the FBI’s Flynn investigation was discussed. Mr. Biden replied that he’d misheard the question and admitted he was “aware that there was, that they’d asked for, an investigation. But that’s all I know about it.”

This was more straightforward than what Mr. Biden told MSNBC when he was asked about his “involvement in the investigation of Michael Flynn.” Mr. Biden replied: “I was never a part or had any knowledge of any criminal investigation into Flynn while I was in office.”

James Clapper, the former director of national intelligence, defended his unmasking of Mr. Flynn as “perfectly legitimate.” Mr. Clapper told CNN that he had a professional duty to investigate the “numerous engagements by representatives of the Trump camp with Russians.” As he told Sirius XM’s “The Joe Madison Show”: “People would be derelict if they didn’t have enough curiosity to inquire what was going on.”

In other words, it’s OK to eavesdrop on your political opponents if you’re curious about their conversations with foreigners. We doubt that justification would have played well had the George W. Bush Administration spied on Barack Obama’s incoming team. Officials of incoming administrations routinely talk with officials of foreign governments.

Then there’s John Brennan, the Obama CIA director, who claimed that the real scandal is releasing the names of the unmaskers. Mr. Brennan told MSNBC that President Trump is guilty of “egregious abuse” and “manipulation” of “the instruments of our intelligence and national security organizations.”

This is the same John Brennan who in August 2016 was frustrated that the Trump-Russia collusion narrative he’d been pushing inside the Administration hadn’t become public. He briefed then-Senate Minority Leader Harry Reid, who wrote a letter to FBI Director James Comey, laying out the “connection” between Mr. Trump and Russia and demanding an investigation. The letter leaked to the press.

The 2016 and 2017 spying on Trump officials and then leaking to promote a false narrative of collusion is one of the dirtiest tricks in the history of American politics. It is not “perfectly legitimate,” and the public needs to know the full story behind it. 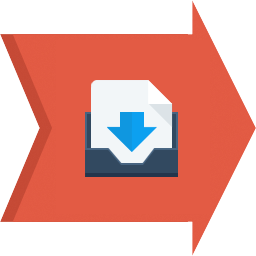