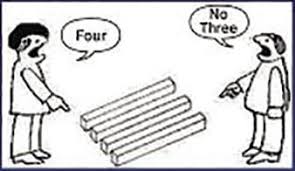 Schedule for the ‘protests’ / riots not set by grieving communities – set by anarchists > https://t.co/It51NpFVIU

NOT about GEORGE FLOYD KILLING –

There will always be bad, rougue cops (as there are ‘bad apples’ in every work category) but one way to cut down on them is by not rehiring cops like the Minn. cop with 18 complaints against him. On the other hand, you can over-react the other way and cops will have limited power to react to lawbreakers -getting hurt while allowing criminals destroy cities with imposed police inaction as we’ve seen of late in Minneapolis, Baltimore , Oakland, etc. Meanwhile, The 97%(?) of good cops are becoming demoralized. There may be a time soon when nobody will want to be a cop anymore

At the same time, we musn’t forget the fact that there were 81% more whites killed by blacks than blacks killed by whites of late including two cops killed (Grand Forks and Oakland) and dozens of cops injured the same week Floyd was ‘killed’ in Minn.-something you won’t see in the mainstream media.

There have been more cops injured than protestors of late (e.g. 30 in New York, 13 in Seattle) just because they have been limited in the way they are allowed to react to violent protestors. Derek Chauvin in Minnesota was the exception yet the one who gets all the media scrutiny, which is a big part of the problem. The lefthanded media is out of hand no longer acting as journalists but as a propaganda wing of the Democratic party. There was a time in the 1950s and 1960s when protestors didnt resort to violence to improve race relations (i.e.Martin Luther King) when much more was accomplished than today.

50 years ago Martin Luther King Jr. single-handedly Improved race relations by common-sense, non-violent means. Yet a half century later blacks feel they are no better off than in the Jim Crow 1950s ( see chart below). Without modern day MLKs but race baiters like Al Sharpton we’ve gone backwards in race relations, which may be as bad today than in the 1950s despite all the post-1964 legislation and money thrown at the issue.

The recent Covid19 lockdown and economic downturn may have given added impetus needed to blow up the Minneapolis uprising into much more than a likely bad cop killing of a black man into an unfair defamation of all cops and ‘white racist’ society . Meanwhile, there dont appear to be any new MLKs on rhe horizon, but instead a hostile cadre of Antifa terrorists and complicit media/race baiters like Sharpton and Jesse Jackson, even from his sick bed- and all this as we try to recover from a pandemic. With all parties expressing extreme anger about the Minneapolis killing You’d think this would be one time when we could all come together and try to get through now a double tragedy together. Don’t look for any peace offering soon, probably not even in my lifetime and I’m not THAT old.

What Happened to Covid and Social Distancing?

And Why have Public officials suddenly forgotten about social distancing? It was such a big deal before the killing and riots but now nobody even talks about it .
And of course the writers could care less so you’ve got every most major cities risking another outbreak

And to add insult to injury, the so-called ‘killer cop’ Chauvin didn’t even kill Floyd as has been widely reported in the mass media as fact. According to the prelim autopsy report t autopsy.
The papers also said that an autopsy revealed nothing to support strangulation as the cause of death. The exam concluded that the combined effects of being restrained, potential intoxicants in Floyd’s system and his underlying health issues, including heart disease, likely contributed to his death.

To quote a friend,

‘Back when people found time for each other…
a time of kindness and courtesy…
back when we would sit in the shade and find faces in the clouds…
back when we were more innocent…and free….

Powerball/MEGA MILLIONS goes international –  now EURO JACKPOT where you buy Lottery Tickets and WIN  from the comfort of your home👍⭐💚Now over $356k Jackpot. Https://yellowpagescoupons.lpages.co/http-trkur2com-347031-40897/