‘Take It Easy’ on the Toilet Paper, etc., say Business, President Trump as Business Comes To A Stop 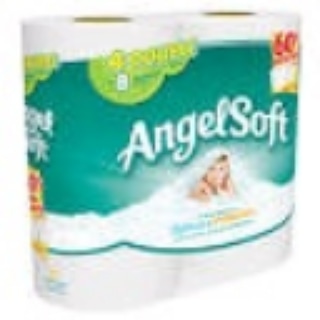 Prez Trump, Dr. Drew and few others are right about the irrational hoarding driven perhaps by political / media scare tactics, resulting in empty store shelves and depriving non-hoarders who really NEED a roll of toilet paper, etc. Sadly, it’s not just about toilet paper. Looks like all commerce is coming to a stop for weeks or more. Was it really necessary?

Even the retailers are urging you to buy less of items like toilet paper and paper goods. People like us have had to resort to our Sears catalog in the restroom. We believe in erring on the side of caution but we think the politicization /mainstream media have once again gone too far, driving the masses to panic like sheep. Why toilet paper of all things? READ THIS

Don’t Let the media turn you into hoarders !

Once again the mainstream media has tried to politicize the news, making serious life and death CoronaVirus matter become their latest cause celebre.

We heard nothing this extreme from the media in 2008-9 , when, during the Obama administration, the swine flu killed over 1000 in America (as compared to less than 100 for the Coronavirus, already showing signs of slowing in Korea and China, where it began.)

The new MEDIA and POLITICALLY-driven actions MAY be saving SOME lives but this NEW NORMAL could now become a new yearly theme. Surely, self-imposed social distancing and business regulating would also save lives with less drastic side effects

Meanwhile, the economy has been turned on its side and peoples lives torn asunder . It’s one thing to suspend large sporting events but another for businesses, large and small, to be forced to close down, either temporarily or for good. These closures are affecting both sides of the economy-the seller and the buyer. Surely, there must be less extreme measures than forcing closure of so many economic-driven entities.

The mainstream media and some political arenas could be using this opportunity to bring us together yet they seem to be doing the opposite in in this election year. Yes, these combined forces want to politicise the critical Coronavirus in, perhaps, their latest attempt to affect the impending election

Very sad stuff that many Americans have no idea is artificially being done to them or don’t care. Many of the precautions espoused such as ‘social distancing’ are good but the politics and the accompanyong media seem to have taken things much too far , frightening America in an unprescedented way.

Now, it appears not only businesses (and their end-user) involving large gatherings are being affected but ALL businesses. Just got a call from a contractor who was to fix our leaky pipes this week that they are being forced by the county to close down and we will contnue having leaky pipes NOW for nearly a month! And, minutes later a call from my dentist to reschedule for a MONTH! Multiply this by 100 million affected familes/homeowners who have their own ‘leaky pipe’ issues. Outrageous!

There will be A LOT coming out about all these forced, unlikely effects of the coronavirus. A generation ago America once railed against foreign PROGAGANDA. The propaganda is now HERE and looking to affect US mightily. All we can do as citizens of the still grestest country in the world is STAND TALL and PUSH BACK