How the Left Distorts the News: Raging Madcow Takes On, Subverts MEMO Events 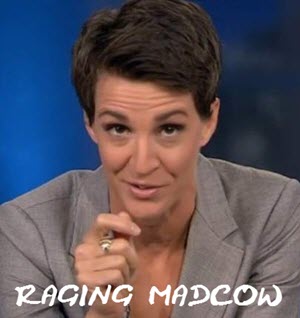 Raging Madcow, MSNBC Take On ‘The Memo’ But Twist/Ignore Key Facts That Go Against Hillary Narrative 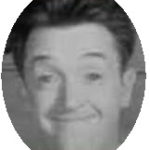 Surprising to see MSNBC favorite Raging Madcow deviate from her  usual obscure purported GOP conspiracies to actually take on a major news event where the GOP has actually gained some footing vs. the Dimms in the case of  ‘the Memo’ / ‘DossierGate.’

Only problem is that Madcow, not surprisingly, only reported aspects favorable  to the Hillary campaign of 2016 that we now KNOW bought and paid for the Chris Steele-developed  dossier we also now KNOW was used in an effort to bring down Donald Trump either before or after the Presidential election. Of course, Trump surprised and won that election despite what we’re learning was a grand scheme by the Left to bury Trump – and a year later the Dimms continue to try to destroy the man voted in by nearly half of America.

Because Steele and the Dimms  couldn’t come up with REAL Russian   collusion involving Trump, they came up with what everyone with a conscience now knows was a fake dossier story involving prostitutes and illicit activity to which they connected Trump.  We even know the confirmed FACTS from the Senator Grassley’s ‘Memo Two’ that the FBI were involved. What Madcow does is try to avoid the FACT that it was Steele and the Hillary Campaign, with help from the FBI and Justice Department, who concocted the dossier.

Madcow went so far as to have as a guest on her February 6 program the reporter from lib-friendly Washington Post who Steele called on and gave an interview, along with other media, to get the dossier news out to the public. Madcow and the reporter fail to tell us that Steele was a British ex-spy hired and paid for by the DNC and Clinton Campaign but cherry-pick some other legal cases  for which he didn’t commit any crimes. Madcow fails to connect the dots, which she’s normally very good at. She fails to tell us how the Hillary Campaign was feeding Steele elements to include in the dossier, such as Trump allegedly urinating on Russian hotel bed before disseminating the made-up story to, first , Yahoo news and then the New York Times and Fake News CNN.

Madcow fails to develop the dossier story and show all the connections we now know existed between Steele, Hillary and even Comey and the top brass of the FBI including the shocking new revelations showing a direct connection to then President Obama (from the Strzok-Page latest text revelations).

Just as the liberal media dismissed ‘Memo One’ as a ‘dud,’ despite it’s 30 indictments ,Madcow  fails to learn from it while treating Steele like a hero instead of perhaps the most criminal among many and likely   jail material for not only being most responsible for the fake dossier but failing to provide FISA courts with legally-required background information before disseminating his illegal dossier.

Raging Madcow is not a dumb person. It’s just a matter of time  before her fake news account of the dossier events will catch up with her, MSNBC and the rest of the Fake Media that refuses to provide the now  KNOWN factual details. Already, anyone with a brain who sees the real news , through, yes, FOX and a few other media, can laugh at Madcow and company and see how they’ve come to distort real journalism. As long time journalists Sharyl Attkisson tells us, Madcow is just one of the new breed of left wing political people who are now allowed into so-called journalism schools.  Perhaps Madcow should go back to her obscure conspiracy theories she can foist on her audience and get away with it. Because, she’s not getting away with the bigger stories like the dossier. We’ve already seen through her and others.

As Intel head Devin Nunez told Laura Ingraham, after a year  the big Mueller Investigation hasn’t come up with any Russian collusion involving Trump or otherwise while the REAL COLLUSION is with the HILLARY CAMPAIGN many times over. 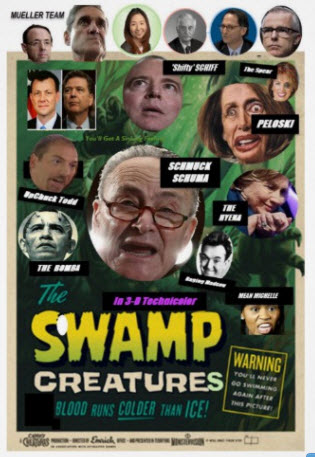 Obama has disappeared during the latest scandals but may need to appear in court now he’s a regular citizen. It wasn’t that long ago he told Chris Wallace,

‘I guarantee there is no political interference from the FBI. Period.’

– Comey waited a month to ‘re-open’ so-called Hillary email investigation after learning ,September 28, about these and other new Hillary email allegations.

– Page tells Strzok ‘Please don’t ever text me again,’ which either means end of a relationship or fear of being found out, likely the latter.

-We learn the Murderer of NFL football player Edwin Jackson was an illegal alien twice deported from number one Sanctuary City San Francisco. Another fact you won’t hear in the mainstream media

– CA wants to become a sovereign state enforcing old Obamacare requirements mandating everyone have health insurance while raising rates and requiring people to pay more out of pocket , according to Steve Frank CA Review

LISTEN TO ADAM SCHIFF GET ‘PUNKED’ BY RUSSIAN PRANKSTERS:

Raging Madcow, MSNBC Take On ‘The Memo’ But Twist/Ignore Key Facts That Go Against Hillary Narrative