HOW and WHY TRUMP WON And Some Ramifications 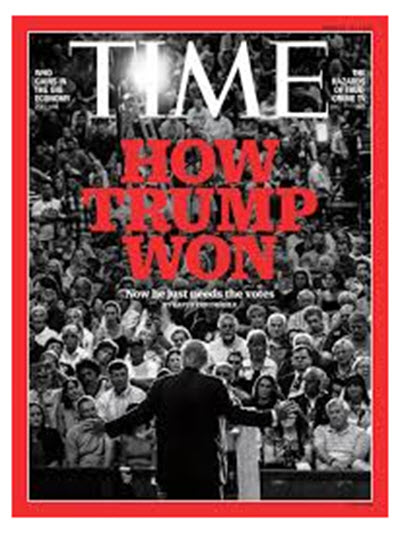 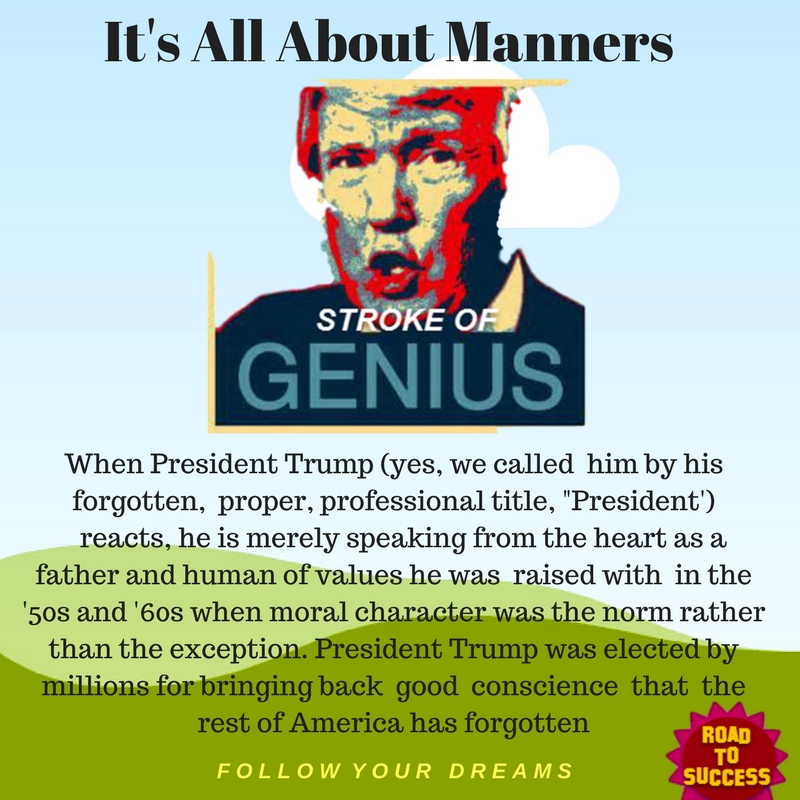 It’s All About Manners poster sale 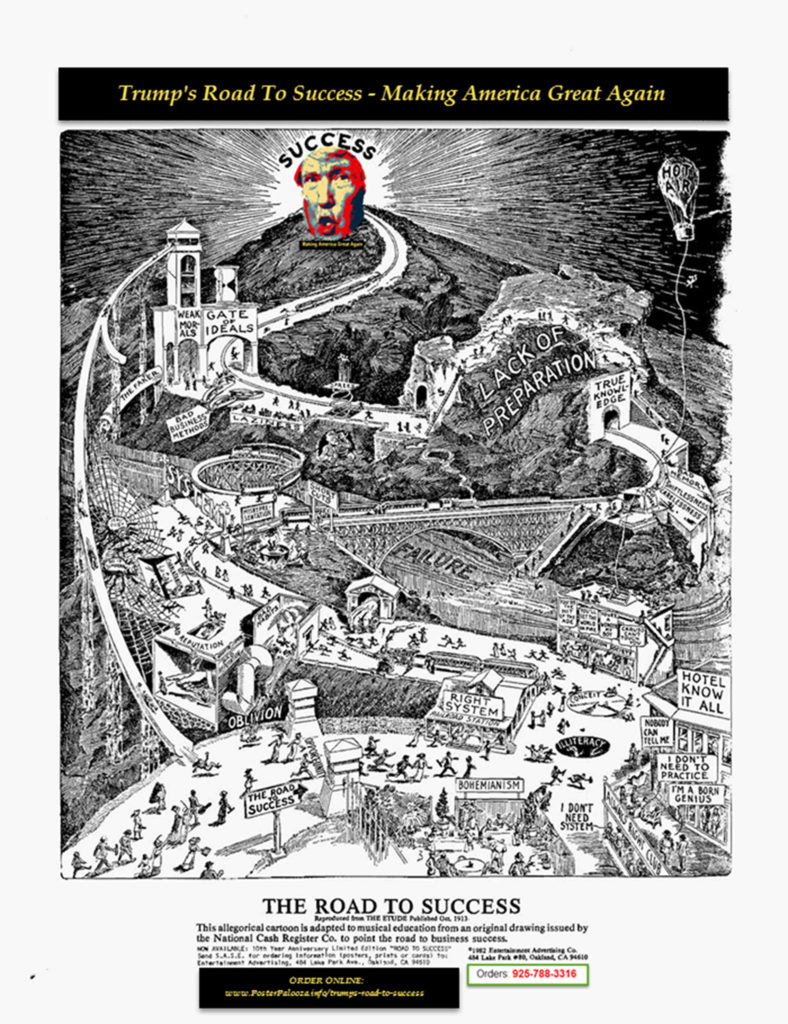 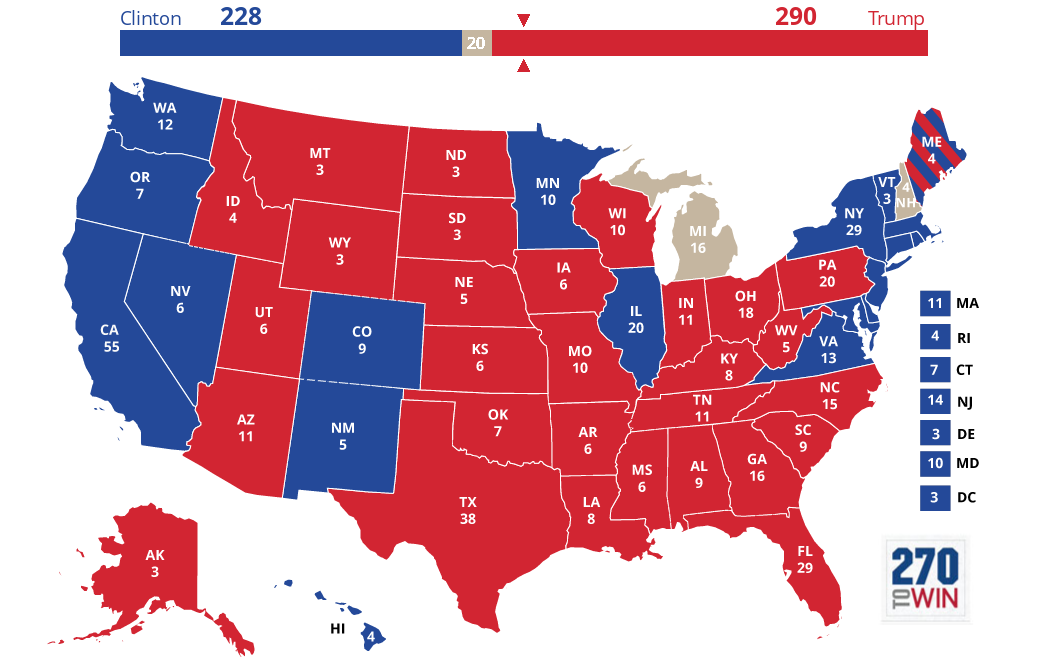 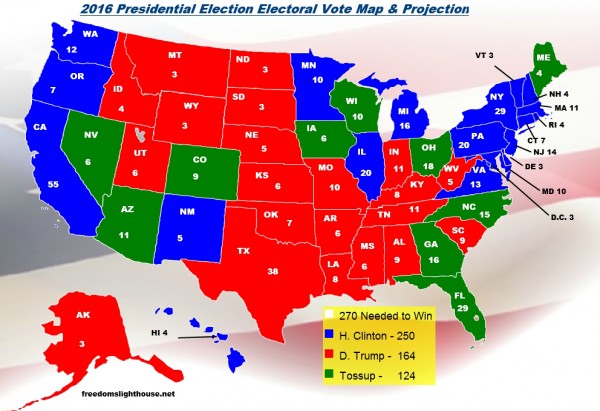 We see the PROJECTED and REAL RESULTS, above, with the extreme discrepancy between what once ‘scientific’ polling and pundits told us vs. actual results with Trump getting almost double the projected electoral college numbers as projected.

HOW and WHY TRUMP WON And Some Ramifications

Hillary didn’t come up to the voting numbers of Obama 2008 and 2012 for various reasons while Trump won more states for the GOP  than either Romney or McCain in the last two elections,giving him the win.  Even many or most Republicans didn’t  expect their candidate to win.  But, exactly how and why the great Trump surprise victory ? 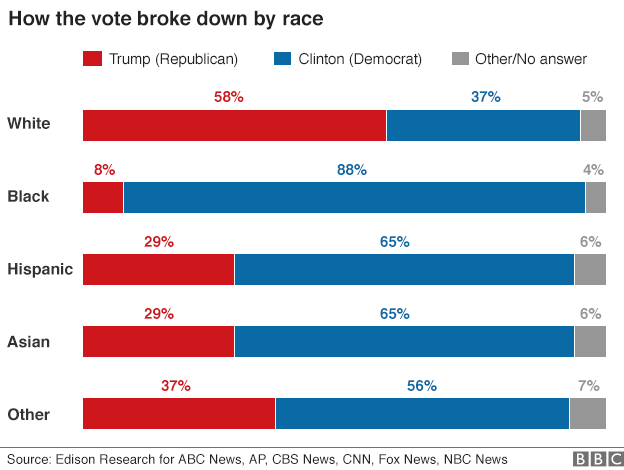 Trump is now being accused as a racist, appealing on uneducated white male votes of which he was most strong.  CNN’s Van Jones went so far as to fuel this calling Trump’s win a ‘whitelash.’   But, he also garnered 49% of the educated white vote as well as 29% of the Hispanic vote and 8% of the black vote, which was more than expected and slightly ahead of Romney. This after Van Jones and others frequently spoke of Trump and his ‘1-2% blacks.’    It was largely whites who voted in the black Obama in 2008 and 2012 but now they were both reacting with dissatisfaction to his administration as well as a weak replacement Democrat candidate.  But, it wasn’t a huge majority of whites voting for Trump , only 58%.

TRUMP THE IDEAL CANDIDATE FOR THE TIMES

While Trump may not have been considered a classic ‘strong’ candidate, he was the RIGHT Republican candidate for the times.  He did something  neither the more traditional GOP candidates Romney and McCain couldn’t do against Obama. That is rally the troops   with sometimes strong rhetoric and actions, perhaps necessary for the times. We’re living in a courser, in-your-face social climate where traditional ‘nice guys’ don’t necessarily finish first.  Disaffected Americans –and not just white males- fell in line with Trump, including women (42%) and minorities in significant numbers.

With once ‘scientific ‘ polls purposely showing Clinton with a 2-10% win in exit polling. Perhaps some
Democrat voters stayed home, figuring Hillary had it in the bag. So, instead of helping her as was the likely intent of the biased, inflated polling in the end the polls may have hurt Hillary. Likewise,  all the pundits who underestimated (either intentionally or unintentionally) Trump probably left some of their voting numbers at home.

Democrats crowing that Hillary won the popular vote (by a very small margin) gives them at least something they can hang on , too – and now suddenly claiming the Electoral College should be abolished.  They could look back and find the Electoral College won them many Presidents who wouldn’t have won otherwise.  There’s good reason for the Electoral College giving voice to under-populated areas that would otherwise be under-valued in the vote.  And, in fact, there may have been voter fraud where some inner-city black voting precincts showed far below the 13% average of blacks who voted for Trump.  There have been five presidential elections in history when a candidate winning the popular vote lost the electoral college vote , including Al Gore losing to George Bush in 2000 and now this election.

Now, some are even saying the media cost Hillary by giving Trump too much (positive) attention, which is very silly, in our opinion. Even if Trump got more attention than in the past it was much less, overall, than Hillary got. Just in the case of ‘late night tv’ coverage Trump received only 19% positive as compared to 81% for Hillary.  Trump was right to go after the media and bring out the real media bias, which would resonate with many who would vote for Trump.

Now  negative  reaction in the streets is likely making the Democrat loss appear even worse. It’s not only  hurt the reputation but added to the feeling of media bias.

As the media largely ignores the violence in the streets as if it were expected following a GOP win we see more to add to the list that Trump has exposed about the biased media.  What Trump was widely criticized for has actually awaken many and even put the media on call to improve its ways.

You’d think Garrison Keillor, he of ‘down home’ Middle America inspiring fame, would be at least close if not in Donald Trump’s camp.  Well, he is from Minnesota which is perhaps the most non-Midwestern state (at least in terms of politics). Have always loved his roots music and Prarie Home Companion episodes  .  But, we were surprised and sorry to see him appear as almost a different, NOT KINDER, GENTLER person we thought he was with his scathing attack on President-elect Trump, this only a couple months after he wrote and equally scathing letter to Trump, himself as the latter campaigned for the office. Maybe it’s another case of liberal sour grapes or maybe Keillor is a  loss now after retiring from his long time program, and/or maybe he’s just trying to codify his Minnesota and liberal PBS followers so not to totally disappear without at least a whimper.  The facts are, that Keillor, is wrong about Trump – he hasn’t even given Trump a chance to prove all those ‘promises’ won’t come to fruition. We will rebut this missive of Keillor’s coming soon.… Subscribe to these pages and/or our Facebook page for updates 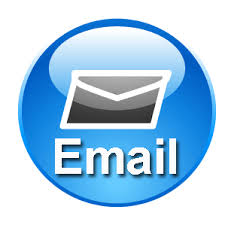