From Tillman to Kaepernick, From Color Blind Society To Focus on Race

In the Course of One Administration….

From Pat Tillman to Colin Kaepernick-  Football’s version of Obama ?

From A Color Blind Society To One  Focused on Race

But wait, it’s not only about  Colin Kaepernick . In South Carolina a high school principal refused the American flag to fly at a football game. It is said he didn’t want to ‘taunt’ the large Hispanic contingent of one of the teams >  http://wbtw.com/2016/08/29/sc-high-school-bans-american-flags-at-football-game-feared-it-could-be-used-to-taunt-or-be-unsportmanlike/         (We just learned that the high school coach has come to his senses and will be allowing the American flag to fly, just as we learn  that a second football player, noted below, WILL stand at the national anthem).

You may not have heard about that one. Don’t worry, at the rate we’re going it’s only the beginning. And, With more immigrants coming into the country there will be more high school principles  and more in other fields of society especially with mainstream media supporting so-called ‘free speech.’

You have probably heard about the $13 million  second string quarterback for the San Francisco 49ers who  refused to stand for the singing of the national anthem.   Kaepernick says its because ‘African Americans’  are not being treating right .  Kaepernick  is black (his black birth father was married to a white woman who gave him up for adoption to a white couple).   We learn that Kaepernick had good first season but was then his performance dropped off significantly after he was awarded the large contract. Perhaps that has something to do with Kaeprnick’s upset, or maybe , at 28, he’s still trying to find himself. Or , maybe he has a point. However, players like Kaepernick are paid well by teams to play ball and leave politics to the professionals,of which we’ve got plenty these days two months before a Presidential  election.

Second Player Comes Out  To Sit During Pledge of Allegiance

Already another pro football player, a rookie for the Philadelphia Eagles has pledged to sit out the pledge during next week’s game.And, expect this to spiral, especially with the support of  the media and, apparently, the football commissioner himself

Flash back to Pat Tillman who enlisted eight months after 9-11 and lost his life in Afghanistan Rocky Bleier of the PIttsburg Steelers gave up his career temporarliy enlisted in the Marines giving up prime years of his career.   Baseball great Ted  Williams flew 39 combat missions

Jerry Coleman  was the only baseball player to serve in two wars before starring with the New York Yankees in the World Series..  Boxing great Joe Louis willingly served in a segregated service.  Pitching great Bob Feller became the first baseball player to volunteer for war, two days after the bombing of Pearl Harbor.   Even the first black baseball player, Jackie Robinson, enlisted in the Army, serving in a segregated unit while later having to face the slings and arrows of breaking the color line    John Wooden, Hank Greenberg, Dizzy Dean, Don Larsen, Larry Doby, Monty Ervin, Nolan Ryan… the list is long of those volunteering to serve, right up to this last administration when things began to change.

Though he has snuck his neck out -or is mouth- Kaepernick is no hero. He may be risking a career that is already halfway in the toilet much by his own doing but he will at least be able to walk away with much of that $13 million while being a hero in many circles.     Perhaps Kaepernick is taking out his demotion from top quarterback to also-ran by the recent demonstration. On the other hand, maybe Kaepernick has some legitimate grievances but from what he told us it doesn’t seem so.   Yet,  he is fully supported by the main sports network, ESPN. Perhaps he will become even richer as a spokesperson for ‘mistreated’  African American quarterbacks, going around the country making speeches.

Obama of  Sports  ? Only in America Could They Succeed Inspite of Themelves

Colin   Kaepernick, like President Obama was born to a black father and white mother who weren’t there for him.  Yet, both were taken in by new, what appears to be caring guardians (who happened to be white) while both Obama and Kaepernick were able to succeed in society, despite the ‘racist’ country that they’ve both publicly called the United States.  Even now, Kaepernick’s team in liberal San Francisco is supporting his ‘free speech’ even as it turns his team upside down.  Obama continues to ride high in the opinion polls despite a lax economy in a nation suffering it’s worst black on black murder in years (3,000 killed in Chicago alone) – not to mention a 75% increase in killings of cops by blacks , yet ‘only’ 100 blacks killed by cops all of last year even though we’re made to believe cop killing of blacks is on the rise 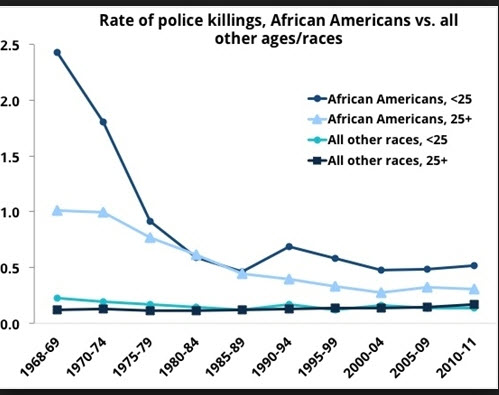 Figure 1 Killings  of blacks and other races by cops stable since 2000. The  rate actually came down from prior to 2000. (Latest available statistics – not the increase in black deaths at the hands of cops we are lead to believe by ‘Black Lives Matters ‘and other sympathisers.  While the rate of cop killings of blacks is about double that of other races, blacks also have a significantly higher rate of crime than other races.

Not that it’s the key issue here but an interesting one. According to some bodybuilders, Kaepernick fit the profile of an HGH / steroid user with his ripped body and sudden success prior to his body change and lack of success. In A CBS report Kaepernick’s new ‘skinny’ appearance was noted, perhaps a sign that he had gone off whatever he might have been ‘on.’

It wouldn’t be the first time on a San Francisco team with a history of PED use. Both the 49ers and San Francisco Giants baseball have a lengthy ‘track record’ of PED use in America’s most liberal city.  This, for those who might wonder how Kaepernick had such a sudden drop off in performance after his rookie year. Some, who are more hesitant to look elsewhere blame it on other teams ‘catching up ‘ to Kaepernick, but such a profound , sudden drop off for a big, young, strong guy doesn’t usually  like this, or, at least the player gets on track.  In  baseball we’ve seen usually older players, like the Giant’s Aubrey Huff show a tremendous drop  off in two years after a sudden unexpected performance boost the prior year; and this year we’re seeing several players on the Giants suddenly drop significantly in performance this yeara as MLB tightens up its drug testing, with double the amount of tests – which discourage most anyone. 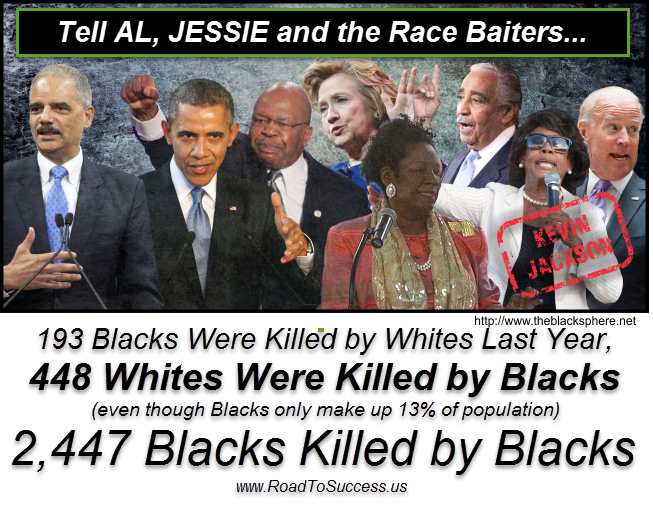 Many are quick to pick on Kaepernick and , no doubt , he deserves some of the blame. But, it’s unlikely that this latest racial pot wouldn’t be boiling without the ‘fomentors’ from Black Lives Matter, the mainstream media which tends to feed of the controversy, and even the current Administration , which has on at least three occasions accused the police as the ‘problem’ despite the police, in all three (Ferguson, Baltimore and New York),  being vindicated.

Perhaps its real high time for our ‘ leader’ and potential leader    to stop playing to their own for votes and instead  go after the real root of the problem, the strife and violence in the inner city black community.

Hopefully, these incidents regarding American patriotism will become a wake up call, as we have already seen two of the above mentioned parties recant, whether from pressure or not. Hopefully Kaepernick will see the light and realize what football has given him and possibly what mistakes he has made.  No doubt Kaepernick , being black ,  has had some racial incidents go against him in his life; not to mention, he presents an imposing  figure especially with all those tattoos, too.