Speech ‘Too Dark, Nixon-like’ – Dems Running Out of Blame for Trump 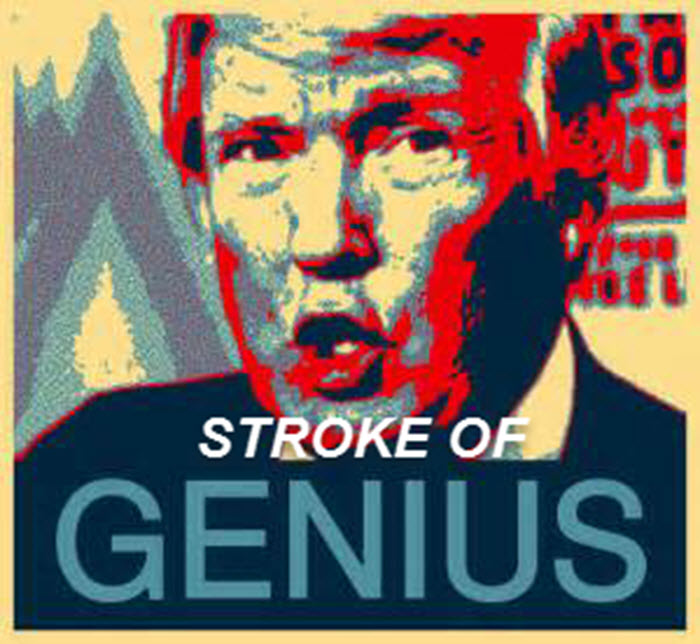 Many in the Mainstream  (aka Dem)  Media actually broke down and finally had to admit that Donald Trump gave a ‘good’ if not great nomination acceptance speech Thursday night.

After some tried to call the speech ‘too dark,’ and ‘Nixon-like’   they had to be reminded by the actual speech writer (on CNN) that crime and terrorism is way up   in the past few years  , while people’s incomes are down ($4,000 a year since Obama came into power) . By the end of the evening one would think  the late night crews on CNN and MSNBC were Republicans, themselves. Even old Hardball and partners had to say a few nice things including now ‘nice’ were the conservative folks at the RNC.

Among TV viewers it was even more amazing. Even the CNN post-speech polling had to admit that 75% of their poll-respondents stated the Trump speech was either very positive or positive – and that’s from a largely Democrat audience.

*Trump later claimed that he wasn’t playing any games but that Ted Cruz actually changed his speech after it was ‘vetted.’

But , it wasn’t until after  people like ‘Hardball’ tried to find fault for the most ludicrous  reasons. ‘Hardball’  was very upset that Trump wouldn’t call Hillary ‘Crooked HIllary‘ this night. And others on the CNN panel didn’t like that Trump failed to call on Mexico to pay for ‘the wall’ this night.  You would think they’d credit Trump for removing  such lingo – or lack thereof. Had they done their homework – or paid attention to the Trump operatives including campaign head Paul Maniford and the speech writer (as seen on CNN)  they would have rest assured that Trump hadn’t changed anything, just replaced some of his old rhetoric for new rhetoric this night.

In a last ditch effort, CNN panelist Gloria Borger tried to play the ‘age card,’ noting how , if elected, Trump would be the oldest President ever to enter office. She, however , failed to note that Hillary Clinton is but two years younger, with  what would appear to be a lot less energy than Trump