10 Reasons for #NeverTrump to Vote for Trump


For Those Who Seem to  Dismiss Donald Trump for President At Any Cost, Below are TEN REASONS To Reconsider A Vote for Trump If You Are A Concerned Conservative – or anyone who cares about our country, for that matter. Remember, You’re Not Voting As Much for the Person as You Are for the POLICY – that of Conservative/Republican.


For the sake of the country, it’s time to put aside personal differences and consider the REAL reasons to vote for the PARTY, via the ‘person holder’ THE PEOPLE HAVE CHOSEN. So, Wake Up America and Jonah Goldberg, Bill Kristol, Ben Shapiro, Bret Stephens and George Will – and Please (Re-)Consider….


It’s not necessarily about the person representing the Republican Party but these various institutions and policies that go hand in hand. If you want, try thinking in terms of policy rather than personage when considering these:


10 REASONS TO VOTE THE REPUBLICAN TICKET  :

1) Prevent a left-wing Supreme Court.
2) Increase the defense budget.
3) Repeal, or at least modify, the Dodd-Frank act.
4) Prevent Washington, D.C. from becoming a state and giving the Democrats another two permanent senators.
5) Repeal Obamacare.
6) Curtail illegal immigration, a goal that doesn’t necessarily have anything to do with xenophobia or nativism (just look at Western Europe).
7) Reduce job-killing regulations on large and small businesses.
8) Lower the corporate income tax and bring back hundreds of billions of offshore dollars to the United States.
9) Continue fracking, which the left, in its science-rejecting hysteria, opposes.
10) _____________________ (There are others- Add yours here.)
(above courtesy of Dennis Praeger, who has nicely listed some of the many Conservative tenants that would go down the drain by NOT voting in the Republican Candidate, whoever it is.) 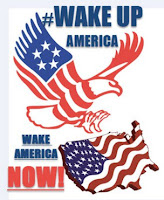 HILLARY’S AMERICA  E-book: From Whitewater to Email Gate via Benghazi Uncovering The REAL Hillary Clinton and the Hidden Agenda of the Democrat Party in Review and Analysis featuring BENGHAZI TIMELINE, EMAIL-GATE and TOP 10 SCANDALS plus BONUS Pages of Colorful Memes and Videos plus Advance Movie Ticket Access

GREAT AGAIN – Donald J Trump In this book (previously published as Crippled America), There has never been a more dangerous time. The politicians and special interests in Washington, DC are directly responsible . How we make Great again

CLINTON CASH – Peter Schweizer   In 2000, Bill and Hillary Clinton owed millions of dollars in legal debt. Since then, they’ve earned over $130 million. Where did the money come from? Most people assume that the Clintons amassed their wealth through lucrative book deals and high-six figure fees for speaking

HILLARY The Other Woman by Dolly Kyle – Dolly Kyle met former president Clinton (Billy as she calls him) on a Hot Springs golf course when she was eleven and he was almost thirteen. Their friendship grew throughout high school and college. It became a decades-long affair that lasted until she became a political liability, and he threatened to destroy her

ARMAGEDDON -Dick Morris The 2016 election is truly America’s Armageddon—the ultimate and decisive battle to save America, a fight to defeat Hillary Clinton and the forces seeking to flout our constitutional government and replace it with an all-powerful president backed up by an activist judiciary that answers to no one.

CRISIS OF CHARACTER – GARY J BYRNE   In this runaway #1 New York Times bestseller, former secret service officer Gary Byrne, who was posted directly outside President Clinton’s oval office, reveals what he observed of Hillary Clinton’s character and the culture inside the White House while protecting the First Family.